And to think I saw mulberries ALL OVER Lincoln Street 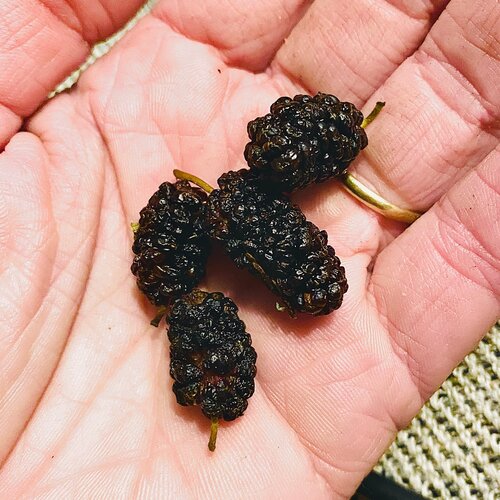 And to think I saw mulberries ALL OVER Lincoln Street

For many months of each year, we almost forget the onslaught headed our way. Our mulberry tree seems harmless as it hovers over our gravelly driveway, its arms outstretched above virtually every park-able square-inch.

“Well it’s messy, but it DOES provide a lot of shade,” we remind each other. “It’s a piece of history,” we justify, pointing to a trunk so thick it’s almost unhuggable.

“Its height and maturity are just so striking, AND it has dutifully watched over this neighborhood since before Pistol Pete showed up in Utah, or for that matter, since probably before he was born…” We are vigorously nodding at this point, relieved that a difficult quandary has been easily resolved.

It should be noted that it’s probably February when this conversation is happening — a time of year when we’ll take whatever plant life we can get. Nevertheless, we walk back cheerfully into our house.

And so our cars stand vigil below. Eventually, the weather warms, and little, white berries start to form. Then they start to darken into a deep, there’s-no-turning-back purple. The berries are coming, and no Prius is safe.

A few years ago, our uncle and aunt asked if they could park their shiny, practically new, white pickup truck in our driveway while they headed off on a cruise. Sure, why not, we said. We live 10 minutes from the airport, and long-term parking can add up…

A week later, we sheepishly pulled into the airport passenger pickup zone, behind the wheel of their once-pristine rig. There they were with their roller bags, sun-kissed cheeks, and post-cruise glow. And then they saw it. Thousands of berries were glued to every inch of the exterior. Windshield wipers were barely visible. The truck was seemingly inflicted with something similar to measles but much, much worse. Freshly back on Utah soil, they had come face-to-face with our irrepressible zombie berries.

A few years ago, we talked with our arborist (or if you prefer: tree guy) about potentially cutting it down. (It was June at the time, I’m sure.) He said something to us that we haven’t been able to erase from our minds.

Our human lifetimes are short, he explained. There wasn’t time to grow another tree like this one.

What were we gonna do? Put in a puny maple?

We were profoundly affected. It was true: THIS was OUR tree, our one-and-only shot at a huge, stunning tree with all sorts of history under its belt. We now call our stately mulberry “the tree of our life.” It’s what we’ve got. It’s messy and filthy. When we take out the trash, we have to traverse a rubicon of gravelly, sticky mulberry sludge that adheres to our shoes and gets tracked into the house. When my mom is watching out her window for us to show up at her place to drop off our daughter for babysitting, she checks if the approaching van has mulberries crusted to the top. “Yep, that’s them.”

Did I mention that mulberries don’t even taste good?! (Quick aside: I’m honestly hoping this blog elicits an angry comment or email from a pro-mulberry-tree advocate who can enlighten me on the species’ many charms and uses).

But in the meantime, why? WHY ALL THE MULBERRY TREES in Salt Lake City?! Well, I got to the bottom of it thanks to my genealogy-buff mom who led me to a 1995 article in the Deseret News, “Mulberry trees stand as legacy of once-thriving silk industry.”

Apparently, as early as the late 1700s, industrious Americans were having success producing silk. It was said to be tedious work that anyone could do. And it gave Brigham Young an idea.

“During the 1860s, Young imported 100,000 mulberry trees from France, then ordered them planted in all parts of Utah,” wrote Dennis Lythgoe in the D-News piece.

“He obtained silkworm eggs too, investing about $25,000 in the enterprise. He even supervised the construction of a model cocoonery to house 2,000,000 worms.”

There was just one problem. Silkworms pretty much loathe our desert climate. They are most productive in temperatures that range from the 70s to low 80s. When heat surpasses 86 degrees, silkworms are miserable. (Got this from 2012’s “Climatic Factors for Successful Silkworm Crop.”)

So no, there would be no silk boom in the then-Utah Territory.In a way, it’s comforting. At least there was SOME point in growing all these mulberry trees (as ill-fated a venture as it proved to be.) At least the former inhabitants of our house — our home was built in 1896 in one of SLC’s oldest neighborhoods — had goals, big plans, dreams of dawning smart evening-wear so they could strut into the Hotel Utah in style.

And so “the tree of our life” remains.

Or as F. Scott Fitzgerald put it in a certain American literary classic, “So we beat on, boats against the current, [mulberries dive-bombing our minivan,] borne back ceaselessly into the past.” 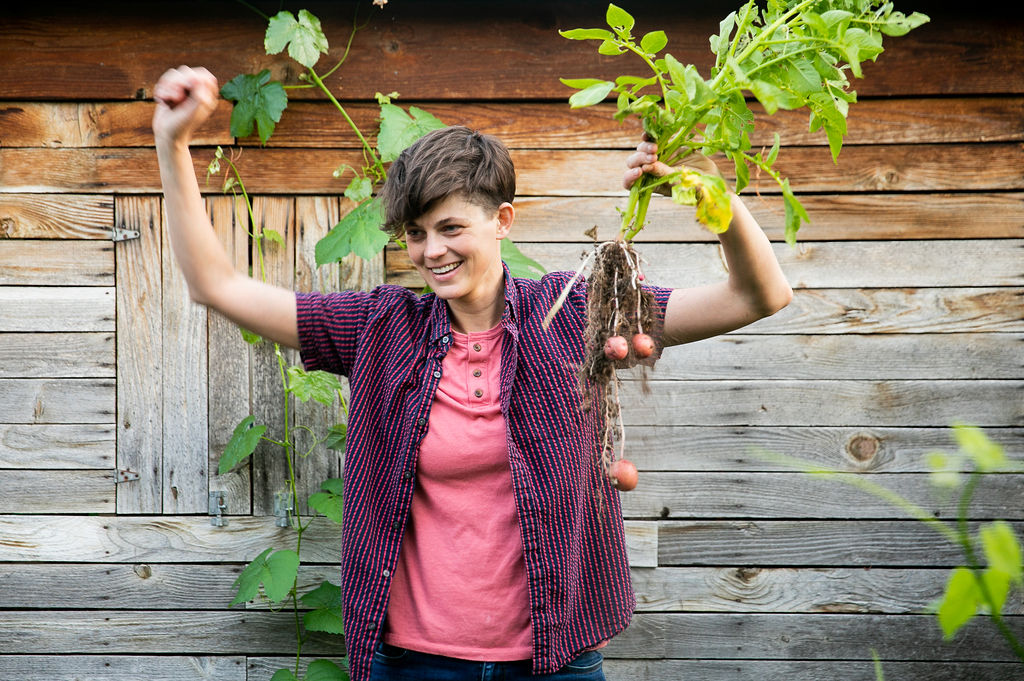